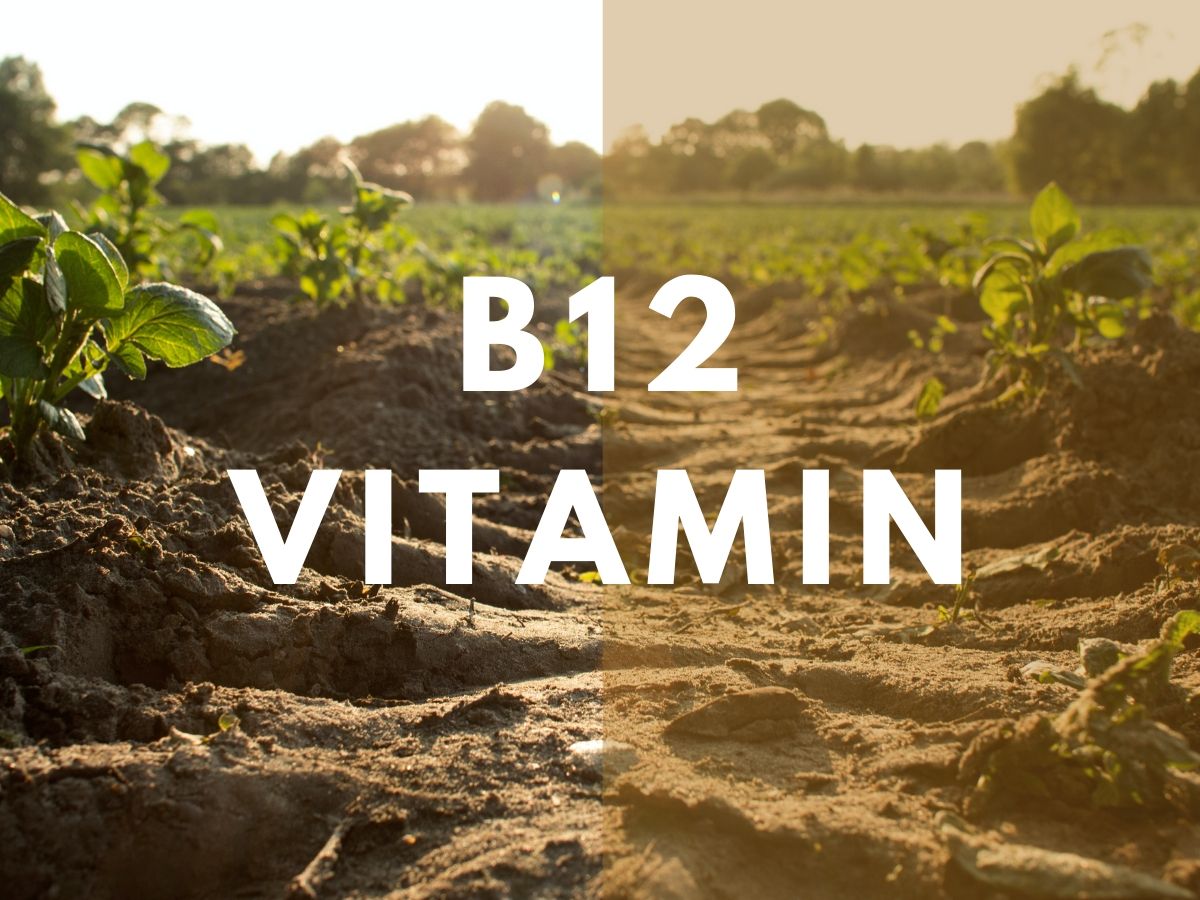 Are Vegan Sources Of B12 Unnatural?

There is hardly any vegan that has not been warned about the importance of B12 vitamin. And there is a strong reason for that: B12 is extremely important for the health of the nervous system and lack of it can cause permanent irreversible damage. So we’d better make sure to get enough of it.
Since until recently, there was not discovered B12 vitamin outside of the animal flesh or animal-derived products, many would argue, it is unnatural for humans to be purely plant-based. This conclusion, though, comes from a misunderstanding that animals produce B12. Which is far from the truth.
Vitamin B12 is an unusual nutrient that actually produced by bacteria, found mostly in the soil. Hence, herbivorous animals in the natural environment get it from the plants.
However, this does not apply to the majority of farmed animals. Opposite to the idyllic picture of a happy cow on a greenfield, the majority of the farmed animals are kept in the industrial facilities with extremely limited space to move. Such animals hardly get to see any sunlight, not to mention access to the fields. These animals are fed anything but fresh grass – soybeans, corn, wheat, by-products of other factory-farmed animals, even chicken manure. Where do these animals get B12, you may ask. Around 95% of all manufactured B12 supplements are actually given to farmed animals. That’s right – animal food that’s promoted by the industry to be the best source of B12 actually happens to be an unnecessary step in obtaining this vitamin.

What B12 forms are available

The forms of the vitamin include four forms: cyanocobalamin, hydroxocobalamin, adenosylcobalamin, and methylcobalamin. You may see one of these forms on the label of B12 vitamin supplements.

Which one is the best to choose? Cyanocobalamin is the most affordable and accessible form of B12 supplement that is produced synthetically. It is the most researched form of cobalamin (another name for B12 vitamin), therefore most preferred by vegan doctors. At the same time, methylcobalamin and adenosylcobalamin are considered by some experts to be more bio-available sources of B12 for the body. As for hydroxocobalamin, it is usually used as an injection to treat B12 deficiency.

Teens and adults are recommended to take 2.4 mcg of B12 daily. For children of different ages, the recommendations are lower depending on the age, and for pregnant and breastfeeding women this amount is slightly higher – 2.6 mcg. To cover these physiological needs, it is advised by experts to take cyanocobalamin in the amount of 2,500 mcg each week or 250 mcg daily (recommended by Michael Greger, M.D.) or 1,000 mcg methylcobalamin daily (recommended by Michael Klaper, M.D.).

As surprising as it sounds, B12 vitamin deficiency can occur among meat-eaters as well as vegans. In fact, vegans on average show higher levels of B12 in test results, than meat-eaters.
At the same time, as high as around 39% of the population may be actually on the edge of being deficient in B12.
B12 vitamin deficiency is a serious matter that can trigger unwelcomed changes in the body, including irreversible spinal cord damage, blindness, paralysis, brain dysfunction, and even death. Lack of adequate supplementation may be especially dangerous in the case of pregnant women since newborns can develop deficiency much more rapidly with dangerous outcomes.
Vitamin B12 deficiency in adults may be developing slowly (thanks to the storage of this vitamin in the liver).
Luckily, there are many ways to get B12 on the plant-based diet. Let’s take a look at vegan sources of B12.

What are the vegan sources of B12

There are few vegan sources of B12 that are accessible and affordable, for example:

Which B12 supplement to choose?

Our favorite source of B12 is a vegan methylcobalamin organic spray MyKind Organics by Garden of Life. It tastes great, quick and easy to use (just spray it under the tongue) and doesn’t have any artificial sweeteners.  You can get it both at Amazon.com or iHerb.com (use iHerb code BDA8290 for an up to 10% discount).

Bacterias in the colon and even smaller intestine of certain individuals with a healthy microbiome may be producing B12. But the majority of us cannot rely on this source, as this is an unstable and hard to monitor source.
You still could, theoretically, get B12 by drinking unfiltered water or eating unwashed vegetables. However, in the modern world, the quality of the soil and water is rather poor. Additionally, these natural sources may carry harmful bacterias too – like E.coli and salmonella. That to say, it’s not advised to obtain your B12 from such natural sources, especially considering that there are plenty of more efficient, cheap, and safe ways to get it in the modern world.
So, to sum things up: it is essential for vegans to supplement B12 vitamin in the diet, failure to do so may lead to serious health consequences. To get an adequate amount of B12 vitamin, it is advised to regularly take supplements of cyanocobalamin or methylcobalamin.
Disclaimer: The information provided on this blog is for information purposes only,  and should not be considered as a treatment plan for any individual situation. Please consult a physician for individual advise on any health-related topic.

Check out more guides on a healthy and balanced lifestyle we’ve got for you. 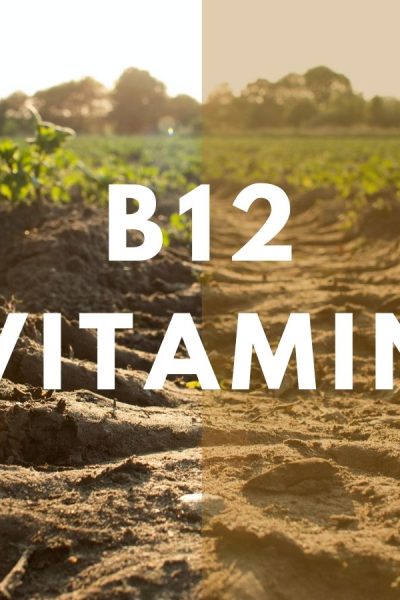 Do You Have Brain Fog as a Vegan?​ 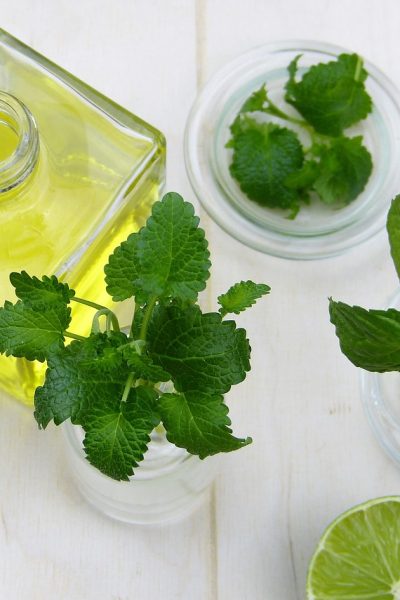 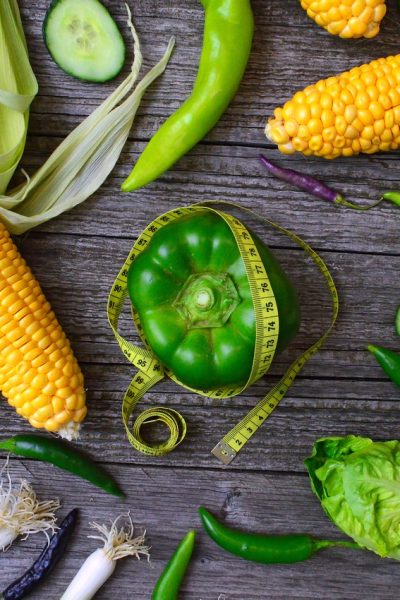